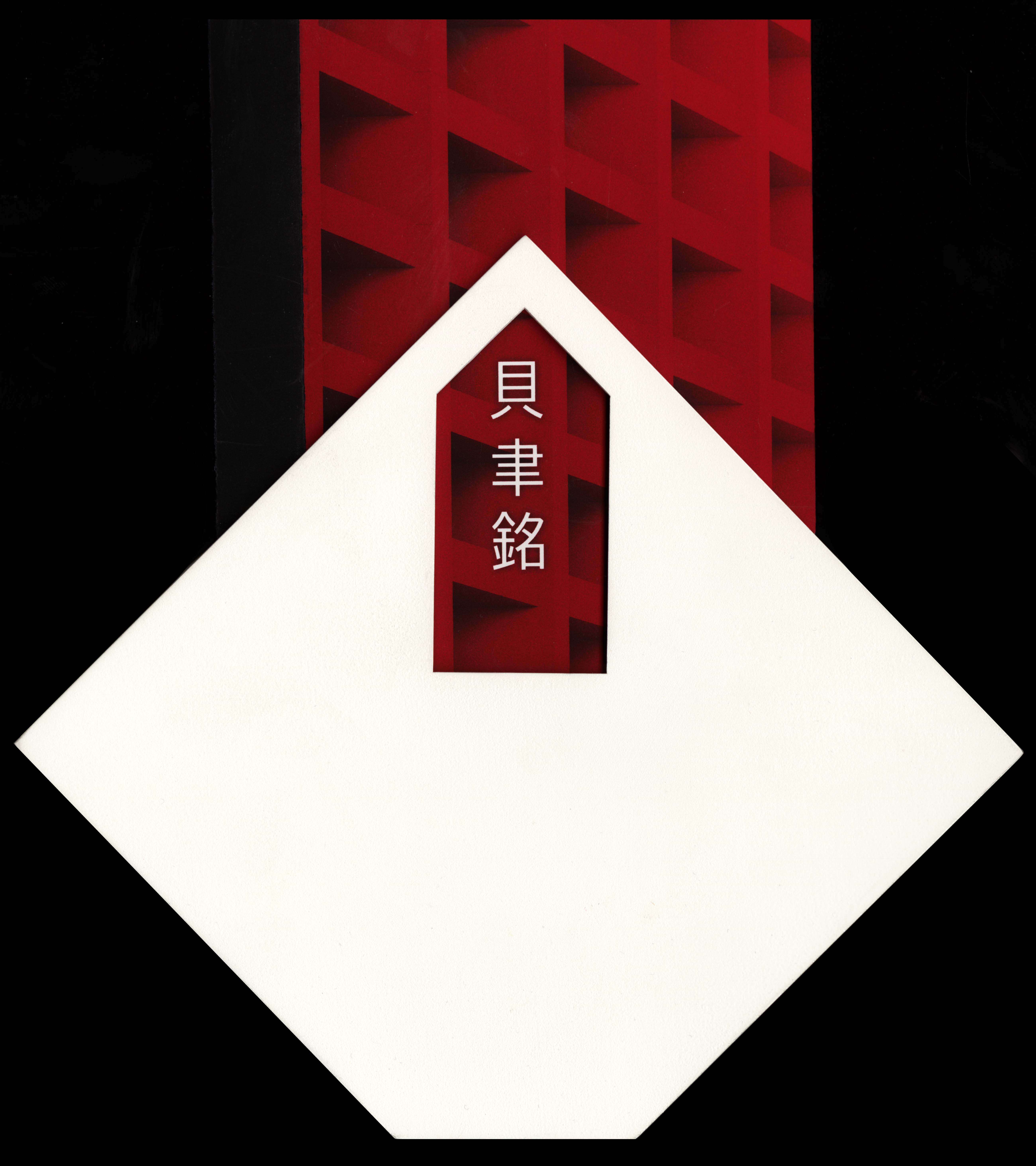 CHALLENGE
‍
The purpose of this school project was to produce a book about the architect of my choice. I then built a box that would hold my book.

The hardest part was to design the box so that the look of it corresponds to the style of the architect. The concept for this project is mostly a mixture of Chinese and American architecture because Ieoh Ming Pei was born in China, but he had a successful career in the US. 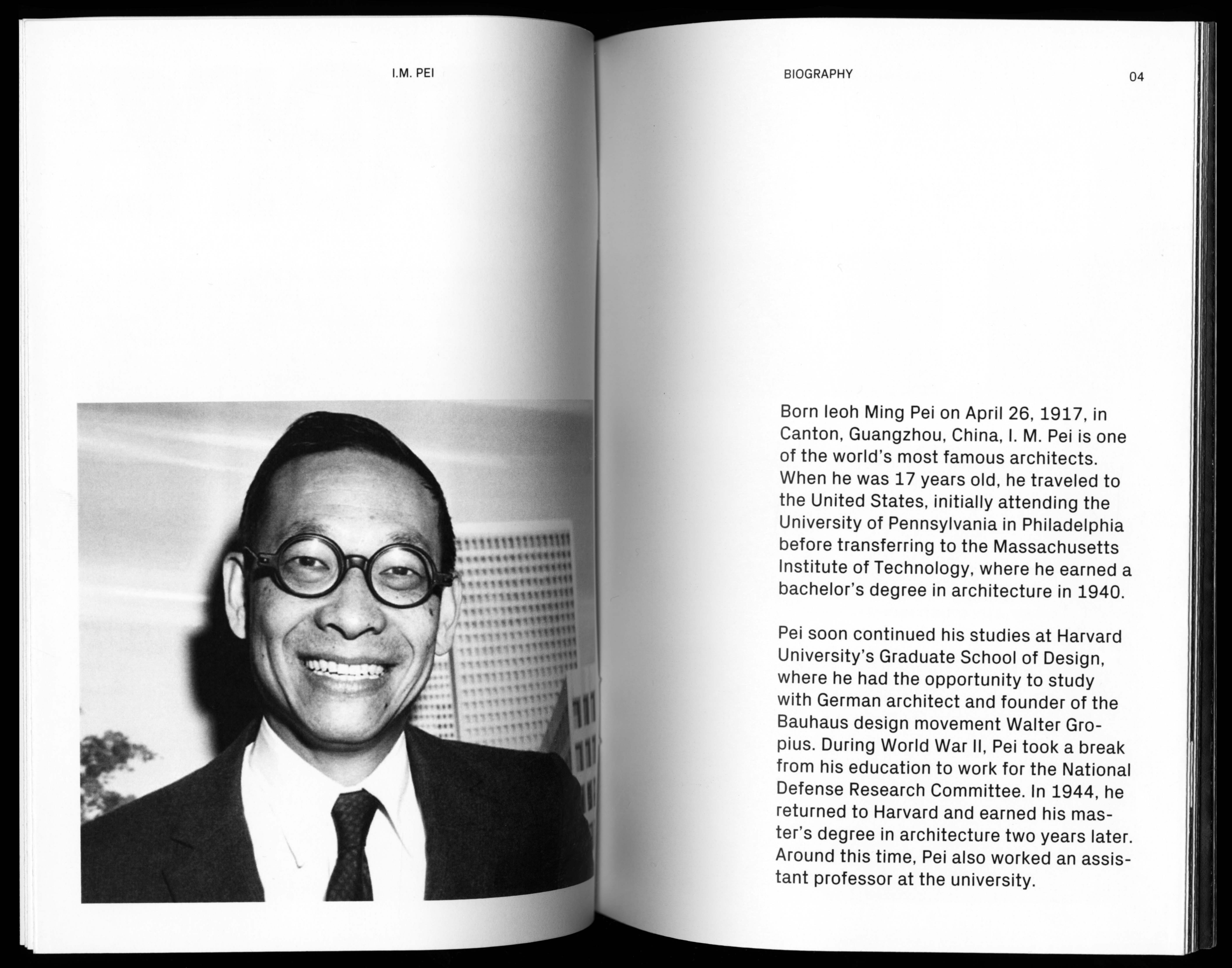 APPROACH
‍
This book only contains black and white images because most of I.M. Pei's buildings were designed and realized in the early 20th century.

I chose the typeface PX Grotesk from Optimo type foundry. I thought it would be accurate for this booklet because it's block like features represent architecture and buildings. 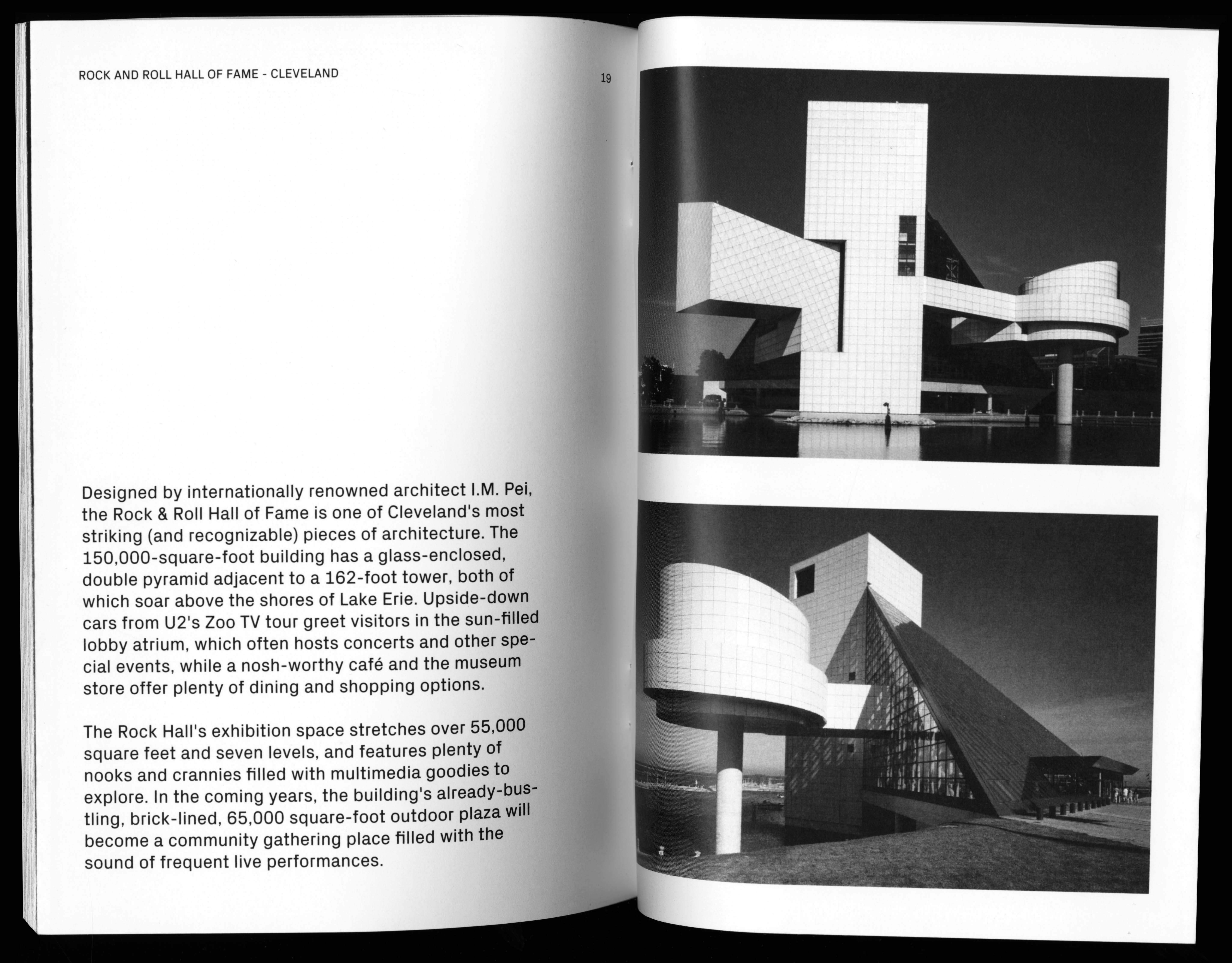